Pros: Smooth controls, addictive fighting gameplay
Cons: Too many ads
Ratings: 4 out of 5

When it comes to action pack games then it is obvious that everyone wants to be the king of the game and may be this is the reason that the famous game developer King Fighter has come up with a game which is full of action, thriller and the name of the game itself is really appealing- King Fighter 3. This is the thrift version of this action game and if you have enough courage to fight then do go for this innovative masterpiece of 2012. You really don't have to worry about the price of the game as it is free to download.

King Fighter 3 is a Classic RPG fighting game which was quite popular one time and by this action pack game I am sure that you will surely feel that era of eighty's game world. You will have the opportunity to play two unique roles which do have thief special roles. This game is fast, full of action, have aggressive attitude and also have arcade game which you going to love. I decided to download this game and played it by myself to know and analysis the game and after the deep analysis I have came up with some of the game's features.

So let's see what feature will make you download this wonderful game: 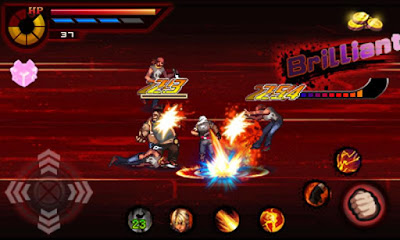 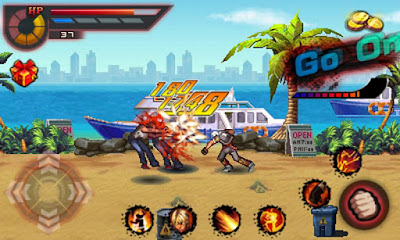 But I would like to mention some of the faults of King Fighter 3 as well, so that you can understand the game completely. The very first think that is annoying about the game is that it shows too much of ads and it just pops up every now and then. If this problem is solved then I would like to give the game a five start, but for now I will better give it four out of five. The best part of the game is that the controls are really smooth and very easy to handle. Though graphics of the game needs some improvement, but overall the game is a real time pass and you will sultry enjoy the game as I did, so simply go to Google Play and download this wonderful game in your android and have fun all the time.