By Ankit March 31, 2013
Sometimes it really get hard to compare DTH services, as we have got many. Today we have got so many DTH services that it is quite normal to get confused when it comes to buying one. But to get the best for you I have compared two popular DTH services and they are Airtel TV and Sun Direct TV. Both the services are good and reliable, but to choose the best we have to go through it in deep. Here we go :

As we all know that Sun Direct TV is a good DTH service provider and it provides you MPEG-4 compression for your standard television boxes, but yes, it is also true that new operators like Airtel DTH have also brought MPEG-4. Airtel will also give you access to DVB S-2 technology which gives more interactive services. Airtel and Videocon are the only ones with 3D ready option. Even though Airtel Digital TV is having the best picture and audio quality, because of MPEG 4 technology but the customer care service is pathetic. If we talk about Sun Direct TV it has got the cheap channel packages, but picture and audio quality is not up to mark.

I would love to say that Airtel DTH services are oriented around the television, because of which Dish TV and Airtel are the only ones who give you the comfort of TV portability in automobiles, but this is not true for Sun Direct. If you go channel wise then Sun Direct TV offers good amount of channels and it has got most of the south Indian channels and the recent operator Airtel offer more than 225+ channels, but still Airtel stands in the first rank for the most future ready tech savvy DTH operator. Talking about international channels Airtel DTH only offers Big CBS Prime, but niche channels, like NGC Music, NGC Adventure, and NGC Wild are carried only by Videocon, Dish TV. If we talk about Sun Direct TV then it includes Fox TV (FX), FoxCrime, and Baby TV. Real TV and WB (Warner Brothers) so I would say that it also provided good number of international channel as well.

Airtel TV will offer you true DVD quality picture and CD quality sound and they have got the best audio quality. Even though the packages are bit expensive but all the packages and prices are good as it is well divided among south and rest of India customers. The STB software is very good and the universal remote that is you can use the same remote for your TV and STB. Airtel TV has less rain fed issue comparing to other DTH. 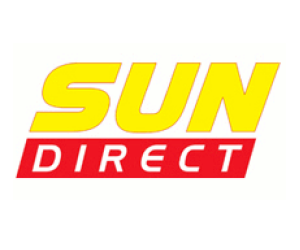 The cost of Sun Direct TV is very less, so that means you have to pay less and you will get more and it has also got the cheapest packages compared to all DTH service providers. Sun Direct TV is mostly popular for providing good amount of south Indians channels, so if you want south Indian channels then you can have it without any problem. As mentioned earlier it has got a lot of channels but because of MPEG-4 technology, picture hanging is a problem sometime. The software of STB is very good, so switching speed between channels is pretty fast.

After review both the services, I can say that your choice should be based on what you care about and what are your basic needs. So that means if you want the most technically advanced service, then you can go with Airtel. And if you are okay with compromising with the quality of the services and want to have everything in cheapest rate then you can go with Sun Direct TV, as it is the experienced player with a lot of content variety and has always been the steadiest contender, you can trust the service for sure.