By ALCHEMIST February 10, 2013
Smartphone segment is spread over high, mid and low end range. The users have a got a plethora of options in both high and low range. However, the mid range from Rs.14,000 to Rs.20,000 boasts of very few decent smartphones. It becomes even more difficult to find a good Windows 8 phone is this segment owing to this mobile OS by Microsoft being adopted by very few handset makers in the market so far. Nevertheless, here we present before you the important details about the best Windows 8 phone that are available in the mid range i.e. under 20,000. 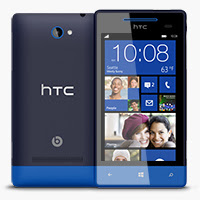 HTC 8S runs on the latest Windows Phone 8 Apollo operating system. It consists of 4 inches wide S-LCD capacitive touch screen and a 5 megapixels primary auto focus camera with LED flash. The phone is powered by dual core Krait 1 GHz processor. HTC 8S has got a RAM of 512 MB and the internal storage memory is 4GB. The micro SD card slot can be used to expand the memory up to 32 GB.

The phone has got all the major connectivity features like EDGE, GPRS, 3G with HSPA+ speed, Wi-Fi, Bluetooth and USB port. In additional features there is the free service of SkyDrive which allows you to carry your documents along with you and are accessible through any Windows 8 based gadget. A 1700 mAh battery ensures a good talk time and standby time. 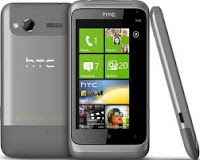 HTC Radar is a nice low end smartphone which comes with a 3.8 inches S-LCD capacitive touch screen. The phone has got an auto-focus camera at 5.0 mega pixel which includes LED flash. It runs on Windows Phone 7.5 Mango operating system and is powered by 1.0-GHz processor. RAM of HTC Radar is 512 MB and the internal memory is 8 GB. The memory can be expanded through a micro SD card.

It comes in two different colors - active white and metal silver. Apart from what has been mentioned above, the phone provides connectivity features like Bluetooth, GPRS, EDGE and both 2G & 3G . It also consists of stereo FM radio with RDS features and a standard Li-Ion battery which ensures decent talk time as well as standby time. 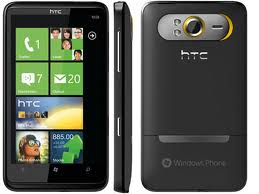 HTC HD 7 is another decent smartphone from HTC. This phone comes with a 4.3 inch LCD capacitive screen and a resolution of 480 x 800 pixels. It has got a 5 MP auto focus camera with LED flash and is capable of capturing full HD 720p video.  The phone consists of an internal memory of 16 GB and ram is 576 MB. HTC HD7 is powered by 1 GHz Scorpion processor and runs on Microsoft Windows Phone 7 OS.

The various connectivity options include EDGE, GPRS, 3G, Wi-Fi, WLAN, Bluetooth and USB port. It is equipped with FM radio with RDS technology. A 1,230 mAh battery ensures a talk time of around 5 hours and 20 minutes. HTC HD 7 has also got Xbox LIVE gaming capabilities and a HD camcorder. One shortcoming in the phone is that it doesn't come with a micro SD card slot. 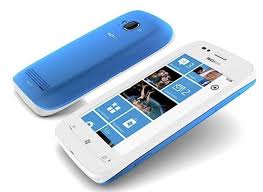 Nokia Lumia 710 is another phone in the popular Lumia series running on Windows Phone 7.5 Mango. This phone has been aimed at lower end of the smartphone segment. It comes with 3.7-inch LCD screen with a WVGA 800x480-pixel resolution and a 5-megapixel camera lens with LED flash. The camera supports 720p HD video capture at 30 frames per second. The phone is powered by 1.4 GHz processor and runs on Windows Phone 7.5 Mango operating system. The internal storage memory of Nokia Lumia 710 is 8 GB while the RAM is 512 MB. 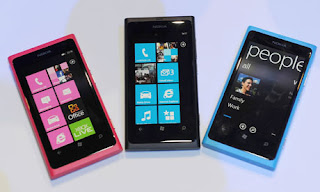 Nokia Lumia 800 is the latest Windows Phone from Nokia in the Indian market.  The phone runs on Microsoft Windows phone 7.5 Mango operating system and has 1.4 GHz Qualcomm MSM8255 chipset processor, along with 3D Graphics HW accelerator. The RAM is 512 MB and Nokia Lumia 800 comes with an internal storage memory of 16 GB. The phone has a 3.7 inches amoled capacitive touchscreen and an 8 mega pixel camera with Carl Zeiss lens and LED flash.

As far as connectivity is concerned, Nokia Lumia 800 offers A-GPS, WLAN, USB version 2.0 and Bluetooth, along with email and messaging features. For the music lovers there is Zune player which can play many types of audio files. The phone also comes with Microsoft Office applications like excel, word and powerpoint etc.