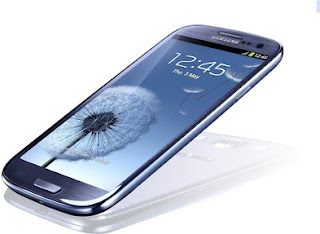 This is custom ROM is from the LiquidSmooth company. Is your Galaxy S3 I9300 rooted and has CWM recovery installed on it? Then Android 4.2.2 Custom ROM from LiquidSmooth is an apt for you. Recently, this update has been made available, and by this, you can experience many new features in you Galaxy S3 I9300.

We all know that Samsung has launched a new smartphone called Samsung S4 flagship. Do you want to turn your Galaxy S3 I9300 to Galaxy S4? Then this ROM is exactly for you. Wondered? Don’t be. Yes, you can taste some of the features of S4 on your Galaxy S3 I9300. This ROM brings Galaxy S4 theme, dash clock screen widget, S Translator and some more other features too.

Do you want a complete Android 4.2.2 based Galaxy S3 I9300? Then surely this ROM is for you. This Android 4.2.2 Custom Jelly Bean ROM from Paranoid, provides you all features of Android 4.2.2. However, users who have installed this ROM, reported some minor issues regarding sound, camera etc.

This is an other excellent choice for Galaxy S3 I9300 users. It is a very interesting ROM that certainly looks unique in terms of features provided by it. By installing this single ROM, you can get the settings and touch of three separate ROMs i.e CM 10.1,  AOKP and ParanoidAndroid.

This ROM brings full-blown AOKP Android 4.2.1 ROM with complete DPI/ Tablet settings along with ROM control settings for your Apps.

As per users feedback, this is the best AOSP ROM for Galaxy S3 I9300. This custom ROM is capable of bringing many features like Android 4.2 Photo Sphere Camera, mix of AOKP and CM10. Certainly, Galaxy S3 I9300 users will enjoy the experience by installing this ROM.