Six hidden features of Windows 8 worth knowing about

By ALCHEMIST - May 09, 2013
Windows 8 was launched approximately 6 months ago with an optimistic view about its success from Microsoft. Until now the company claims that it has sold over 100 million licenses of Windows 8 worldwide.

The figure may seem high to an unsuspecting public but in terms of market share this hardly accounts for 4% of the global OS market. The prime reason for users now switching to Windows 8 from Windows 7 is largely due to unfamiliarity with the newer Windows version.

It has excellent features and Microsoft actually took a giant leap when it created windows 8. There are 6 great features of Windows 8 that give it a definite edge over Windows older versions specially 7. 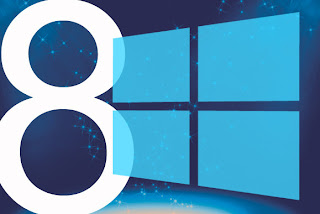 1. The Start Menu of Windows 8 is different than its predecessor in a positive way. With a simple right click in the bottom left hand corner of startup screen you can directly access vital options of control panel, task manager, disk manager and program areas. This of course is in addition to the normal start menu of Windows 7. This distinguishing feature allows you to access those functions that were previously not directly available within the start menu. You can also use win +X to access the secret start menu.

2. File history is a new feature associated with Windows 8 which enhance the overall experience of this operating system. This is not an automated option but requires you to enable it through security option within control panel. This feature enables you to recover lost or damaged files within your system and create a backup on another drive.

3. The start applications of Windows 8 can be converted into a ‘minimized mode’ while having the feature of being docked to either side of the display screen. This allows a greater degree of freedom for the user to work on any particular task and if required the applications from the start up can be ‘brought out’ as and when required.

4. With Windows 8 you can synchronize your settings; this simply means that for all Microsoft products you can use the one Login Id created on your Windows 8. It will enable you to use your preferences, desktops and bookmarks on other Windows 8 based devices located within your home or office without the hassle of hopping from one device to the other again and again.

5. Taking screenshots is easier in Windows 8 than 7 though both have the same snipping tool as well. There is a shortcut for taking screenshots with windows 8 by simply pressing ‘PrtScrn’ and the ‘windows’ button at the same time; voila the screenshot is taken and saved in pictures folder.

6. Reinstalling Windows 8 is the easier than all other previous versions of windows. Simply accessing the ‘Refresh Pc’ option; you can choose to modify the settings of applications where as defaults are restored. No need to go through the entire process as in Windows XP or 7.

Windows 8 is a great operating system; with the passage of time it will become as popular as its predecessor. Microsoft is confident of its success and with an upgrade in the next month it is bound to become more popular.
Windows 8