The MOBA (multiplayer online battle arena games) are steadily seeing an increase in their popularity. These games are little more complicated than most of the other games and require good level of gaming to succeed. One such popular game is Dragons and Titans, developed by Wyrmbyte and Zynga. This is a simple strategy/action game which involves mythological creatures like dragons and titans. 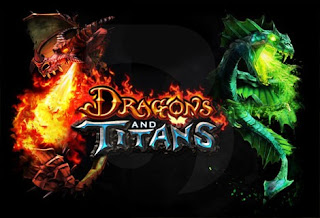 The game doesn’t have a long backstory and the basic aim of the player is to free their titan from the cage behind enemy lines. They are helped in this mission by the dragons. So here we have 5 v/s 5 battle as 5 players from both sides take on one another. The aim on both sides is same. So, the winner is decided on the basis of who is able to release their titan earlier from the enemy cage. With floating islands the game gives you the feeling of the movie Avatar. The players ride on dragons and take on their enemies.

Dragons and Titans: gameplay and features

The gameplay is pretty exciting and the main emphasis lies on the teamwork. The 5 members of a team need to work in unison in order to save their area and at the same time attack enemy areas to free their titan. The game has got only a single map and it makes it easier for the new players to understand the gaming. The characters see their level up as the game progresses and moves to further stages.

The most interesting aspect of the game is that it allows the players to choose a combination of dragons, weapons and spells before every match. So a player can go for a combination that suits his needs and the situation.  The dragons initially have just their breath as the weapon. 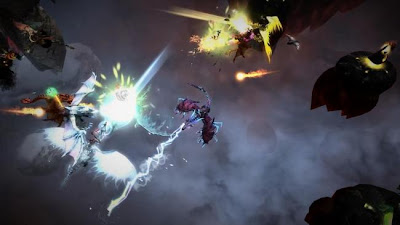 However, as the game progresses and the player defeats enemy dragons, your dragon develops new abilities. They can move faster and inflict more damage to the enemies. The player can also collect the gold dropped by the enemies and that helps in getting new abilities faster.

Irrespective of victory or defeat, each player receives crystals at the end of the game. These crystals can be used to buy more dragons and weapons from the store. You can also purchase dragon skin for the dragons already purchased. Then there is Dragon Bucks, a hard currency which has more buying power.

There is another pretty interesting system in place. The game rewards the exceptional players by awarding them specialization. This will result into your dragon fly faster or reducing the cooldown for your weapons.

One very good feature of the game, especially for the newbie is that it gives you the option of either playing solo or co-op matches against bot opponents. The full human teams on both sides help a new player gain the nitty-gritty of the game very easily. One negative thing about the game is that the uses of Battle Marks limits play.

The visuals of the game are neat and attractive. The idea of floating islands does add zing to the overall gameplay. The dragons have been designed very elegantly and each one is distinctive. Clearly, if you are interested in a MOBA games, Dragons and Titans is one such game on Facebook that you shouldn’t miss.
action game facebook games