By Ankit - June 13, 2013
Pengle has been developed by the Korean developers Cookapps who have also developed many other famous Facebook games like Buggle, Superball and Diggle. Pengle is not a new game in terms of the gameplay but actually is a another variant of the highly successful game Bejeweled Blitz. There are a few extra features but most of the gem matching match-3 action is the same.

The storyline of Pengle is related to Pete, who is a penguin of the Pengle world and not you have to help him save his ocean friends by matching same colored blocks. 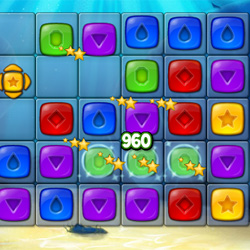 I would say that this game has got the perfect good working knowledge of awesome design programs and I am pretty much impressed by the ease and graphics of this great game. Once you start playing the game, you will simply get addicted to it because of its great graphics and audio quality. The various steps of design, modeling, texturing and animation are all rolled into one and that is a rare combination for sure.

Pengle is a good game, but to get the "good" features of the game you need to spend actual cash. The game looks like it has been developed from the aspect of monetization where you need to get Facebook credits to unlock the cool features of Pengle. Otherwise, the interface looks and sounds good, though I feel that the background music loop quickly becomes annoying and I am sure that it will probably be turned off by you when you at the beaches matching the Jewels. 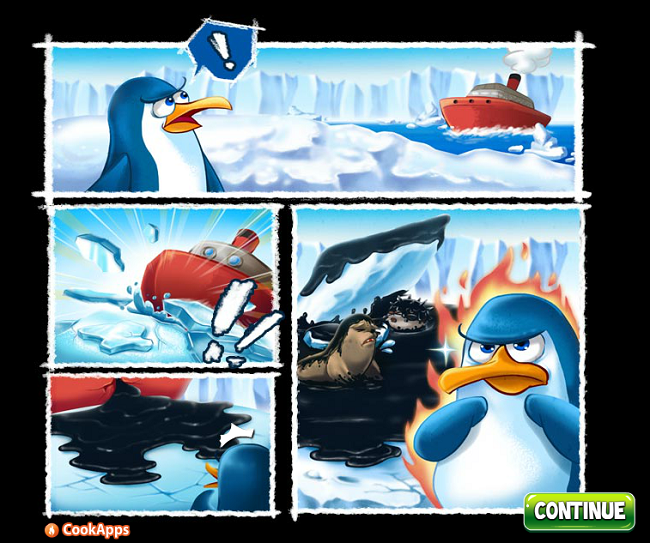 1. With this awesome game Pengle, you will love to find yourself either having to clear oil-stained gems or matching gems on top of oil-stained spaces in order to clear them.

2.But you have to remember that you will have a limited number of moves in which you have to complete each level, and if you complete before the given time then you will get a bonus upon successfully completing the level objectives. Once the level is completed by you, then you will receive a rating between one and three stars, and these stars are used to unlock treasure chests that contain keys.

3. Remember that keys are really very important, as it is used to unlock new sets of levels, but don't worry you also have the option to either ask your friends to help instead of spending Facebook Credits for instant access, the choice is yours.

4. This game has integrated monetization methods in several ways. You can easily earn soft currency through play, which you may like to spent on single-use powerups to take into a level, and you can either purchase this soft currency or earn them with the gameplay. There are also a number of permanent upgrades that can be purchased directly for Facebook Credits as well.

5. Overall I would say that Pengle is a good game. Though it is not incorrect to state that there is nothing original in the gameplay but the extra game mechanics do offer something new and make the game a little more interesting. Remember that as you progresses through the levels, new mechanics will appear which are indeed interesting and you can keep it in a good rate, so that the gameplay is filled with excitement.

6. When you are beginning with new level objectives, then you can continue with “jellyfish” items that continually swap gem colors, this will add an additional layer of required forward thinking and strategy as well, so you need to be very fast in this game.
facebook games puzzle games