By Unknown - June 15, 2013
If you have been playing Marvel Heroes games for a long time, then I would say that you might get little disappointed with this new version of the game. You may find some repetitive actions coming all over again. But still, there is a lot more of things that you will love about this game. Here I will review another action game of Marvel Heroes, so that you will get all the details of this fantastic game. 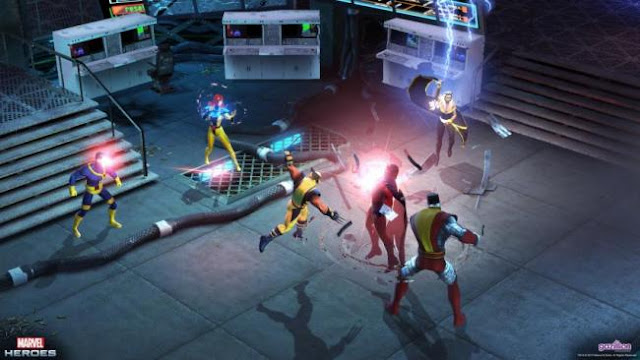 No doubt this game has got all the features of an action game, but it does lack in the execution part, which I thought was terrible compared to its previous Marvel games like Marvel: Avengers Alliance, which by the way is a fantastic game. The storyline of this game is just like old action movies where you are the one who have to save the world from the chaos and mishaps happenings around. You have to play the role of super-heroes and according to your character, you will been given power as well. So the best thing about this game is that you can be any hero to play this fun game.

Quality of Graphics and Audio

If you are die-heart fans of Marvel Heroes then you will love the fine details of this game, you will find more than perfect visuals which are really unbeatable. It has got great combats; even though there is an option for multiplayer game, but that is not the best part of the game, which surely sucks the whole potential of this game. Talking about the sound quality of the game, it is very well structured and quite well executed as well. Overall I would say that the graphics and the audio quality of this game are the best.

1. Here in this game you will find a map which is supposed to help you out with the direction, but sadly there is no marker which will indicate where you are supposed to go and where the important landmark is, which might be quite frustrating. As you are now aware that the map is just kept to let you know where are you at the moment, which means you have to keep wandering here and there, or else you have to ask for help from someone who is online.

2. Basically this is an MMO type of game, but sadly this game has let down with the controls of group play, where you will find some of the heroes simply kicking here and there which is of no use when you are playing in a group, I thought was the worst execution of the group play. I am quite disappointed with the multiplayer features of this game, this features might cross-fire on you, like for example if your group decided to quit the final level, then you have to go back and have to begin with the starting level.

3. In most of the action games, we do get an advantage that with the increase in the level, the power of your character also gets increase, but here in this game, the story is very different. For example, if you have just bought a level 1 fighting super hero, he is not going to be much helpful for you at this point in your quest as he will be having the powers he would have had yo bought him at start of the game. So it becomes compulsory for you to buy a superhero and then play with him from the starting levels because in higher levels he will just go like a common AI. 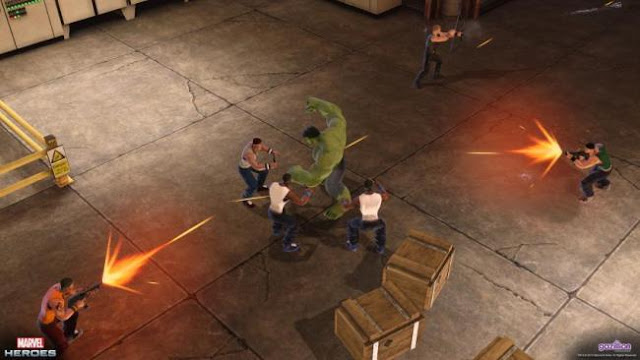 Overall, I would say that the game has good work only on paper, but once you start playing the game, you will realize that it is not that appealing. The only good things are quality graphics which comes with great details and well matched sound quality of the game, it will make you feel as if you are playing for real.
action game facebook games RPG games