The Night of Rabbit: Review, Gameplay, Features and Review

By Unknown - June 29, 2013
Engrossing puzzles, intricate graphics, magical gameplay and fun is what you get while playing The Night of Rabbit

The Night of Rabbit is a thrilling adventure game which was released on May 29, 2013. This game has been developed by Daedalic Entertainment, features walking through an impressive tale which is filled with wonders and magic. Here in this tale you can let your imagination free as there is nothing which is not possible. As you follow the white rabbit, you will be able to explore the beauty of the marvelous kingdom of Mousewood. The main specialty of this wondrous land is that, here animals speak and mystery here is abound. In short, the game The Night of Rabbit is a game that gives you ultimate adventurous moments along with laughter, joy and fear. 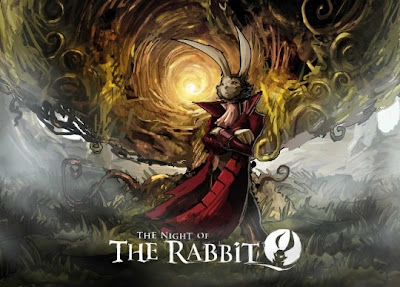 The Night of Rabbit features


The gameplay of The Night of Rabbit features the adventurous occasions passed by a 12 years old young boy named Jeremiah Hazelnut in the last days of summer. Marquis de Hotto is yet another main character in this fairy tale. Marquis is none other than a talking rabbit who meets Jeremiah on his way and later serves as his apprentice. The boy is actually from the edge of an old forest which is remotely situated from the English city of early 20th century. As the boy is fond of exploring surprising and exciting things around him, his imagination lead him to the great exploration of the magical land with Marquis, the talking rabbit. Both of them start a long journey of a lifetime adventure and this fairy tale reveals all the secret of their journey including the hidden dangers that they have to pass through.

The Night of Rabbit has an impressive game as it features excellent graphics that have been drawn by hand in excessive detail. Even though the background music is not something extraordinary, it is quite efficient to give a sort of impression. Whereas, the voice acting is not that impressive as it does not seem to be much melodramatic one, rather it is filled with English accents. This accent may remind you the old classic children's literature 'Wind in the Willows' by Kenneth Grahame. 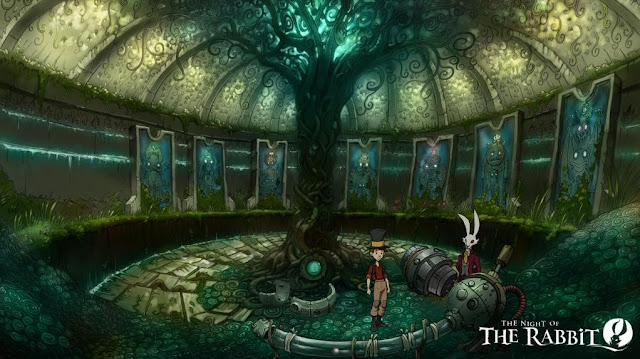 The Night of Rabbit gameplay

After reading the gameplay of this fairy tale game if you do plan you play this game then allow me to give you a short description of the gameplay. You will be playing as the young boy 'Jerry Hazelnut'. As you will be apprenticed by Marquis, it will give your adventurous exploration a bit more enjoyment. Although the game may seem to be too long with much repetitions at its opening segment, you will be impressed with the later levels that you have to pass through. Before starting the game, you will firstly be directed to have a tutorial lesson featuring the young boy and a radio which is in the form of an imaginary interaction. Even though this little game with cartoonish visuals is very impressive, there are times that makes various puzzles illogical and hard to solve. In the game you will have to solve the puzzles by finding various items like rocks, sticks, tools etc. Apart from finding those things, you even need to combine them with other things around you to progress. This creative puzzle is all about having patience and making the right combination out from the found items and the bits of environment.

The Night of Rabbit is an adventure cum puzzle game that keeps you entertained with your little friend Marquis, the rabbit. The puzzles within the game widen your gameplay and on the other hand some of the illogical puzzles may even make you maddened. The young boy Jeremiah, Marquis and rest of the characters in this game are very excellent and together make your playtime much joyful with their unique charm. Apart from having one or two drawbacks, rest of the gameplay of The Night of Rabbit is excellent and really shines in the way of its narration. Especially the hand-drawn cartoon style of art, wonderful characters, marvelous visuals and imaginative creations.
adventure games PC games puzzle games