By Unknown - July 20, 2013
Have you ever played as a Vampire, who hunts people for blood rather than playing as a Vampire hunter? Dark, the game is all about vampires, killing and sucking blood. This third-person stealth action game was developed by RealmForge Studios and published by Kalypso Media. Dark was recently released for Windows PC as well as Xbox 360 on July 9, 2013. Right after the release itself, the game had received enough negative reviews from different critics criticizing about various in-game features including script, melee combat, the game's protagonist, camera etc, which has been delivered in below average level. As everything within the game follows the story of a newly turned vampire named Eric Bane and his survival in this world, one among the criticism was the boring protagonist itself. 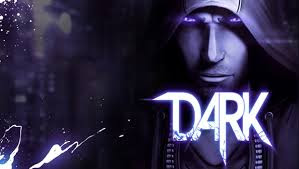 As mentioned earlier, the game delivers a newly turned vampire's story, where you play as Eric Bane. Even though you have all the supernatural powers that a vampire needs, you suffer from amnesia. As he thinks himself that his vampire transformation was not completed, he needs to be drinking blood in order to keep him away from being a mindless vampire. The game 'Dark' features various vampiric skills that lets you experience various sneak around tricks and melee combat of a vampire. He used to either be invisible or slow down the time to perform stealth finishers to his enemies and drink their blood. You can even take advantage of his teleporting ability to swap from one area to another. Seeing in the dark is yet another great skill that every vampire owns and fortunately the game delivers that power too. 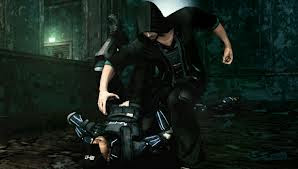 Tips and Tricks to Play

As you walk through the game, you will find out various mysterious secrets about the GeForge Corporation. On your way through the mission you will have to be extremely sneaky, as the game is not only about hunting down your enemies, but most often even the hunter can be hunted. Taking out enemies using the power to vanish into smoke is much more efficient, as it silently let you kill. Slow down your time using the skill is also much efficient and comes very helpful at various occasions where you are completely stuck. But one thing to always notice about is the 'blood points', you can only perform your skills if you have any of the blood points left in your pocket. In other words, using vampiric skills reduce your blood points and you can do nothing if you run out of them. The best way to increase blood point is by drinking blood from your enemies. Suck out the blood deep from their hearts through their nerves and earn blood point as well as restore your health. Yet another thing to keep in mind is to hide the bodies of your enemies/guards after dispatching them. One way or another you will be caught as it will alert others and the whole thing will be messed up. The game even allows you to develop further more skills by improving your character. This lets you fight even powerful enemies that block your way. Later in the game, you will be facing your own species (other armed vampires and ghouls). But as you develop your character and update your abilities time to time, they will not be much deal.

The game 'Dark' filled with darkness, blood, blood hunting vampire (you itself) etc. gives you better experience being a vampire. This game will be more interesting unlike what other critics say, only if you love to explore the life of a vampire who thirsts for sucking off the hot blood from enemies' neck. But as always, you will be more or less tired with the unimpressive in-game features that are considered to be poorly developed. These may frustrate you and even may take off your interest in playing more. If you are ready to keep calm and completely focus on the completion of the game, then this game can assure you over 10 hours of interesting gameplay.
PC games Xbox 360 game