By Ankit August 29, 2013
Before we go ahead with the game in discussion let me ruffle a few pages of history of LEGO Universe, a MMO right game by LEGO which has no storyline behind it and has just a blind action themed gameplay. The game attracted a lot of players for its free gameplay but couldn’t gather enough of them for its paid part. LEGO: Legends of Chima Online is not much different from the previous version but it definitely has many good points about its gameplay which make it a nice game. 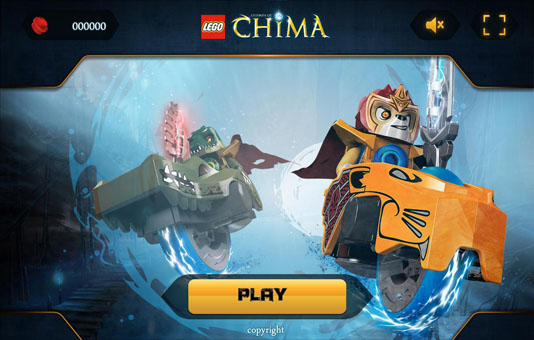 LEGO: Legends of Chima is a kid game with animals as their characters and a controlled gameplay appropriate for kids. If you are unfamiliar with the Legends of Chima brand gameplay, this is a theme based game which released its first edition in the start of this year. Chima is the name of a land where animals walking on two legs live in harmony until a misunderstanding rises among them on a trivial issue. The animals now fight for the Chi of Chima world which is quite similar to the Chi of the Chinese culture except for the matter that this Chi of Chima world is used to power up the animals of the Chime world.
You play as an animal character of the Chima world. Your character is a warrior of the good side which is composed of the animals: Lion, Gorilla, Bear, or Eagle. You have to customize the body features of these characters- the head, legs and the body but as your kids who have played this game before would be aware, these body parts would get upgraded as well as swapped numerous times during the gameplay.

The gameplay of Legends of Chima has two components. First is to free the world of Chima from the rule of the king Crocodile. It is a quite standard Role Playing Gameplay where you have pushed into action sequences from the starting itself which is the right strategy considering that majority of its players are kids. The storyline is explained with help of graphics as well as audio so that you know exactly what are you doing and why are you doing it.

LEGO: Legends of Chima allows you to have to weapons for melee and close ranged attacks. These are simple click to attack action sequences. The action is fast paced and in the early stages you might get into a bit of tricky situations where you might like to take the help of a friend to go ahead or depend on large numbers to annihilate your enemy. The weapons are actually swapped in place of your character’s body parts. These fill fall of frequently so do the studs which are actually LEGO bricks that can be found by smashing the inanimate objects in your path just like you would have done its LEGO’s console game versions.

LEGO: Legends of Chima has a city building part in the gameplay too. You start with a small tent in the middle of a forest and you can convert it to a multi-layered building complete with all your crafting buildings. To upgrade your tent you will be needing “studs” which are the virtual currency of the game. These crafting stations can build your equipment and tools with the help of blueprints and LEGO bricks which you have to search or mine for. The city building like concept of your outpost building is always nice as a place to call your own in a virtual game even but had it been more personalizable that would have given a more homely feeling. 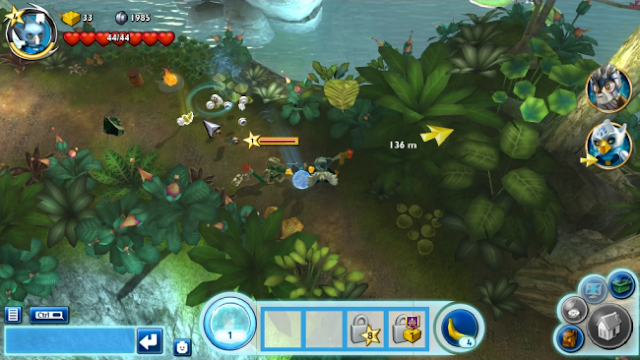 Learning from its previous game where it flopped because of being paid, Legends of Chima is a completely free online game much like the Facebook city building games. And just like FB games, here too there are options to spend money to get more gameplay content. These are exclusive membership which will give you a unique inventory of weapons, equipments and extra building upgradation levels. If the game is able to appeal to you so much that you are ready to spend more, then you can buy Gold Bricks to obtain these paid member privileges a la carte.

Considering that this game is supposed to appeal to young audience only, the developers have tried to build in some safety features like moderated chat, parent authorization to allow the kids to play through email id which of course can be easily bypassed if your kid already has an email id or is smart enough to create an email id on his/her own. In this case it would be a good idea to sign up for our newsletter too!

Legends of Chima Online is still a game in beta stages so it’s entirely possible that if the game is able to garner a satisfactory number of players, LEGO will continue to explore other features to enhance the potential of the game. Considering that it is free to play for most of the parts there is nothing against to give this game a try.

Pros:
Focused on young gamers so have an easy concept, free to play in one of LEGO’s new imaginative storyline, easy payment options to pay if you want to try out the premium features

Cons:
It would be better to have more customizable outpost building structure, for parents it would be easier if the safety features are explained in detail at a place.