The Smurfs & Co: Spellbound Review, Gameplay and Tips to play

By Ankit - August 03, 2013
The Smurfs & Co: Spellbound is a follow up game to the highly popular existing sim on Facebook The Smurfs and Co. This game is primarily for those who are die hard fans of the Smurfs, that is especially kids. There is nothing unique in this game that the previous sim didn't have or for that matter other city building games don't offer. You has to play the role of a Smurf who has to protect his friends and restore the blue glory of his/her city.

The Smurfs & Co: Spellbound is a 2D city building game where Gargamel's spell has gone wrong and has turned into a curse for the city. Now, you have to play the role of the savior smurf.

In the start of the game you have to choose the gender of your Smurf. It is followed by a graphical scene where you see Gargamel's spell gone awry due to the mischief of his cat, Azrael. Gargmel, if you watched the series is the villain in the story. His spell brings a ugly, grey night on the village of smurfs and turns each smurf into stone. Gargamel is not happy about this because he is the villain of the story because he want's to eat the smurfs. Now, eating a stone is no doubt not pleasurable for a comical villain even. 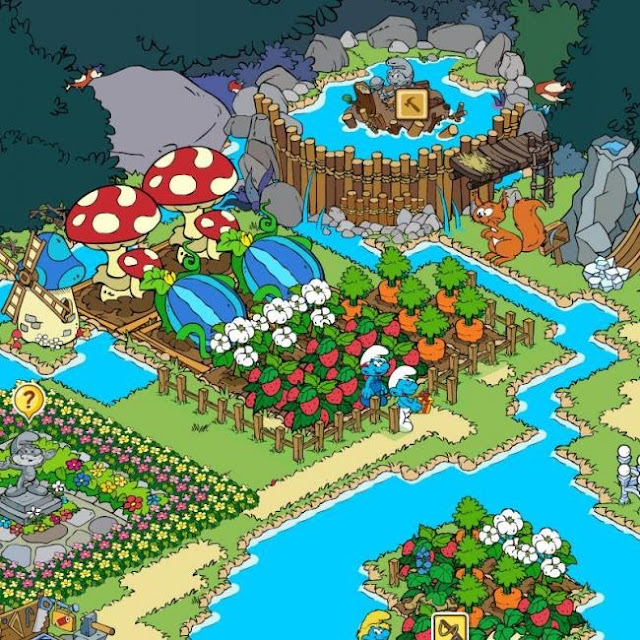 Your character is the only smurf who has been able to dodge the stony fate. Your guide in protecting your community is Papa Smurf who though has been stonified but is able to communicate with you using telepathy and tells you the ways to push back the gray night and help you fellow beings turn back to normal.

Rescuing other smurfs and bringing the life back to your village is intertwined. After the spell the village is filled with overgrown weeds and grass and hidden in the over growth are your friends. You need to clean up the village and when you find another smurf you need to build something related to them which will bring them back. For example, the first smurf you will rescue is Handy Smurf who is brought back to his flesh self when you build his workbench. Similarly, the female Smurf, Smurfette comes to her flesh self back when you plant flowers for her. 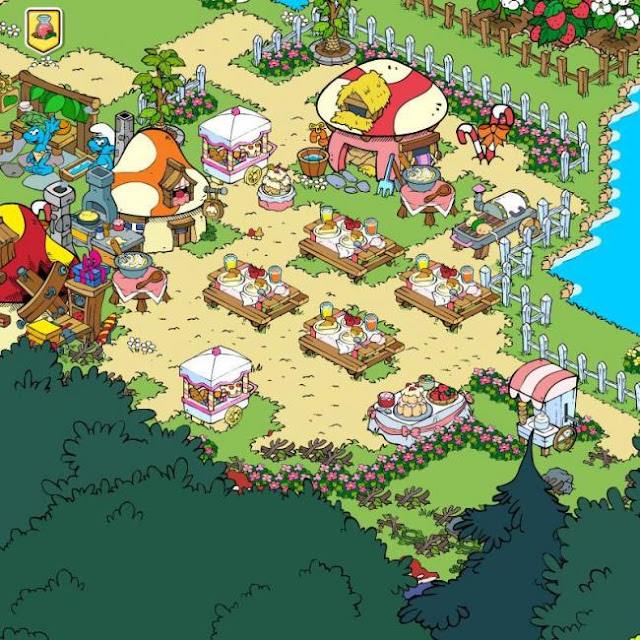 Each Smurf your bring back to their flesh self, helps you in reviving the village. Handy Smurf converts into objects the raw materials you bring to him. Smurfette adds to the beauty of the village by planting flowers in the village. Farmer Smurf grows food. The Smurfs & Co: Spellbound brings with it cool and cute graphics and funny comical experience but also comes the mundane experience of playing the same old city building game we have already experience in many other games. For a game based on a interesting story of magic and cuteness, The Smurfs & Co: Spellbound makes for a boring experience.

The worse part is that there is no help for you in finding these objects in the overgrown forest. You have to depend on your friends to gift you these items or use hard currency to buy them. Add to that the ever decreasing outdated energy system which saps your energy with every step you take, The Smurfs & Co: Spellbound starts to frustrate you from the start itself.

The Smurfs & Co: Spellbound might attract those die hard fan kids but for everyone else this no one of those avoidable games.