By Unknown - September 30, 2013
A full-fledged soccer match that can win your heart is now on the move, with your finger touch. Electronic Arts has brought to you the entire show right on your screen and what more? You are the one who would be manipulating the players of this International standard football match through the electronic media. Feel the pulse of a vibrating football match with every motion designed for you to play and make your team bring the winning trophy.

The FIFA Soccer 14 is developed by EA Canada, where all the fans of football can interact through EA Sports Football Club. The game has the best features like Pure shot and Ball Physics System that makes each movement in the game replicating the reality. All your shots will have their own results that will mark the scoreboard of you and your team. These features has the engineering to make the game itself an intelligent processor that will measure and tailor the position of the players, their height and body structure along with the relation to the ball and make the hit against the net. The players are given an added advantage of kicking off the ball in the right direction, while they themselves aren't in the perfect state. The Real Ball Physics will automatically correct the force and angle of your shot, so that you can kick it even from a distance with accurate angle and the correct speed. 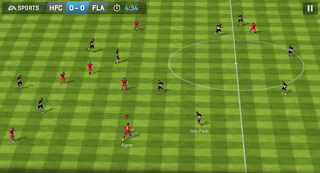 FIFA Soccer 14 allows you to take charge of the game behind the screen by defending, fending and approaching the opponent players with your own strikes, but what you need to finally do, is not allowing the ball to hit the net on your side. Here as well as you play, so will your scoreboard rise for you. It is all dependent on your timely made decisions and finding out innovative methods to shun down your opponent can make the match become tightened with suspense and excitement. The mechanism behind the development of the game has seen to it that your opponent players too have a smarter means to defend your attacks as well. In FIFA Soccer 14, nowhere it would seem that you are winning a mere video game, rather it will drag you inside the screen to place you right in the midfield to manage your shots.

You will be given all the freedom to move flexibly to make your innovative cuts and sprints with the ball. The natural movements and body reflex are restored and engineered in the game to make it all equally lively as we see them on real fields. In all these moments you can keep your ball at your court if you've picked up the skill. 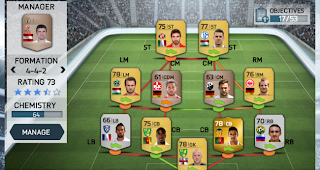 The competitors against whom you have to test your own potential can be your friends with whom you choose to play the mini-game. There you find another wonderful feature of Talent Hunt round the year, with the help of the global Scouting Network. You can create and modify your scouting network to be on the top of the list of talented players and also come in touch with the others in the same list.


EA SPORTS has earned its authenticity for running licensed clubs and leagues encouraging budding and established players in its network. Now you can also be a part of it and join hands with the players across the world with FIFA  Soccer 14.
Android game iOS game sports apps sports games