By Unknown - September 19, 2013
The most awaited game that everyone was waiting to get reviewed is none other than the latest game from Rockstar Grand Theft Auto 5. As you may have witnessed many of their Grand Theft Auto series, I am sure that you will be desperately waiting to know what is inside this game. This game is the latest as well as the 15th installation added up to the GTA series that has been developed by Rockstar North and published by Rockstar Games. When the last edition was released in 2008, GTA 5 was very recently launched for many gaming consoles including the Xbox 360 and PlayStation 3. 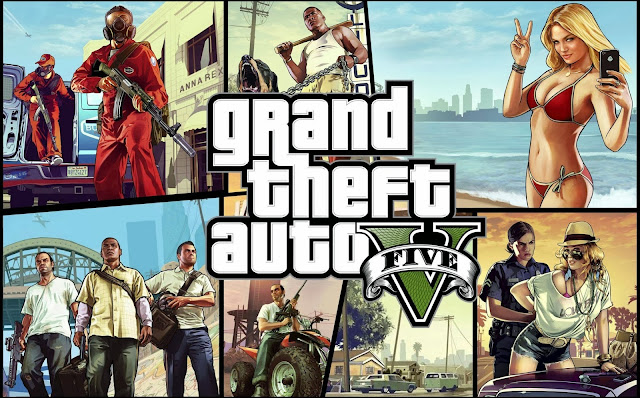 Grand Theft Auto 5 works amazingly brilliant with its RAGE engine featuring Bullet Physics and Euphoria. This action-adventure game from Rockstar features both single as well as online multiplayer game modes. Grand Theft Auto 5 is a third person game that allows its players to explore their gaming world as much they wish. More features include the player to engage in various actions such as running, jumping, fighting enemies, various attacks including melee attacks, using weapons and even explosives and much more. Apart from its previous installments, Grand Theft Auto 5 delivers auto aim as well as cover system features while on the attack. Like all other GTA series, this game too comes with law enforcement which may respond and even may rate you as 'Wanted' on times when you commit any violations against the law. In addition to that the player hang around with a smartphone in their hand, by which various activities are being done such as trading stocks, calling and meeting your friends and even for sending mails. 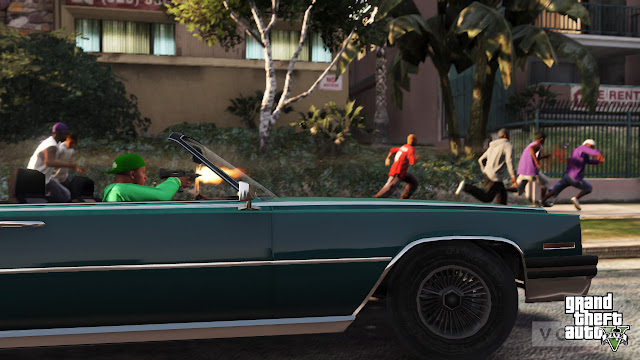 While talking about the gameplay, it features an open world entertainment set on a place called 'San Andreas'. Not only the city 'San Andreas', but the player even can freely roam around yet another impressive city 'Los Santos'. These Fictional cities are based on the real places, Southern California and Los Angeles respectively. In between the game, you may switch from one character to another based on the storyline of the game. The characters are; Michael, Trevor and Franklin and the storyline follows their individual life stories. As a player you will be said to follow the story by executing various given missions by which you aim on increasing your wealth. The . If this is the case with single player mode, the online multiplayer game mode allows you to connect up with a maximum sixteen players by which you could either play cooperative or competitive modes of gameplay.

Grand Theft Auto 5 came to us after a long 5 years with lot more improvements in each and every fields. The game represents the contemporary America in a beautiful way that we have not seen before. Even the sense of humor delivered within the game is yet another plus point. The three characters in which the main storyline switch between, is a wonderful feature that is to be noted within this game which not only makes the gameplay more interesting but also gives variety to the storyline. On the other side many players may feel discomfort due to the stuffs that GTA 5 does not bring much boundary on, such as strip-club, drugs, prostitution and similar kind of things. But overall the game is completely enjoyable with intelligent storyline along with impressive gameplay that takes you to the next level of Grand Theft Auto.
PS3 game strategy games Xbox 360 game