The Dark Eye: Memoria Review, Gameplay and Tips to Play

By Unknown - September 12, 2013
If you  were fascinated with The Dark Eye: Chains of Satinav and wanted to experience the same with some added adventure, Daedalic Entertainment has thought for you and launched its sequel, The Dark Eye: Memoria. It continues with the same D&D features in board games in the RPG series. It will sweep away all your attention with its grandeur and artistic presentation. Memoria is a game that has won the hearts of players across the world especially in Germany.

Storyline:
As a sequel to Chains of Satinav, Memoria doesn't waste any more time in introducing the characters again. We find the same Geron, the bird-catcher, who is on the mission to bring back his ladylove Nuri back to her previous stage. Nuri was a fairy at times who was caught up in a raven’s body and she was gradually forgetting her own self in the process of becoming the bird. Geron finds Fahi who apparently agrees to navigate his way through his journey in terms of a return help. 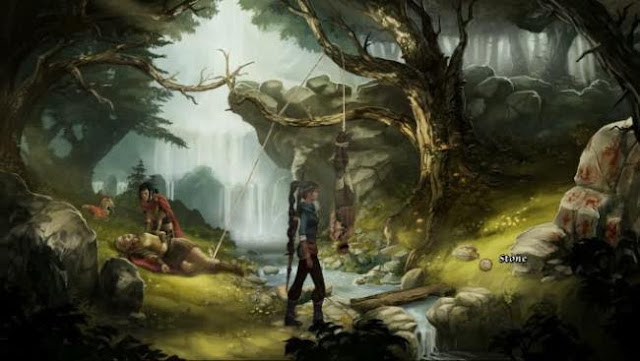 Fahi has his own history who is again in search of a solution to a puzzle of  Sadja, a Princess 450 years back.  Fahi comes to know about her life through his dreams which depicts all the details. Fahi makes a deal with Geron, that he will help him in return of him helping Fahi to solve the mystery.

The story of Memoria revolves around two main characters Geron and Sadja. The game is divided into eight equally distributed stages where the power keeps switching between these two characters alternatively. Sadja has more screen presence than Geron, though he too never fails to attract the attention. But in comparison, Sadja carries herself better with a vibrant character being fearless, focused and decisive. In relation to her ventures, Geron’s motif of rescuing Nuri seems to be a little sidelined. Sadja has the relentless pursuit of becoming a world famous figure and create history. To find her way by hook or crook, her character is full of stunts and surprises. 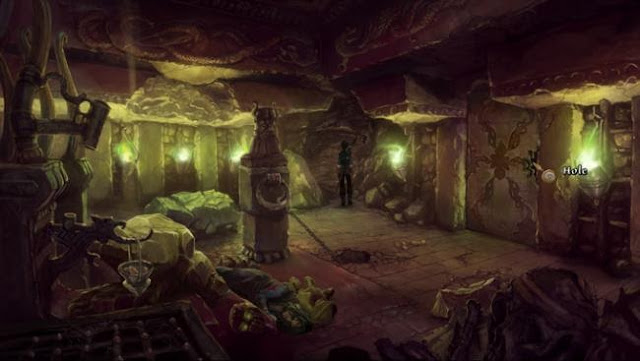 Sadja’s character is mostly revealed in her interactions with other characters. We find her trying to set a demon free from his tomb if he is ready to help her in return. This particular demon is also no less admirable. He is a wise soul blended with an air of hope and a cheerful disposition, but quite conscious and careful as a result of solitude through ages. Heading towards a vivid warfare, Sadja and this demon push forward the game ahead.

Sadja overrides the life of Geron in his mission to save Nuri. The story of Memoria keeps unveiling in equal pace, which enrich the players with many thoughts and realizations along with many surprising tricks and sudden magical moments.
Memoria is another perfect presentation of Daedalic’s point-and-click games. The Dark Eye: Memoria reaches the players to their goals without trying their patience too much. The “Send Vision” feature is quite amazing, which is a power of Sadja through which she can boost any one to adjoin three elements associating with each other. There is also this “Hotspot Indicator” followed by a “Combination Helper” and the final objective of these two features is to help the players in making things clearly visible in the Questlog, clicking on which will show up a way to the solution of the riddle. 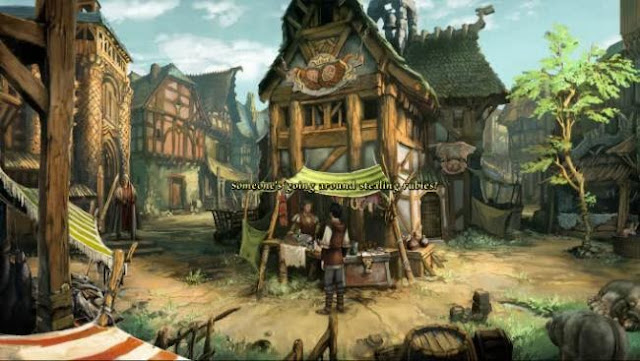 
Playing Memoria is really memorable in its true sense. Apart from its all perfect game strategy and technicalities, Memoria wouldn't allow you to drift your attention from the screen. The paintings are all genuine manual ones, which are really mind blowing taking you hundreds of years back in history. While exploring the chapters you will experience an adventure that keeps recurring in your memory quite often.
adventure games Mac games PC games