Drive on Moscow Review, Gameplay, Storyline and Tips to Play

By Unknown - November 25, 2013
Ever had a dream to tackle country affairs on your own hand? Here’s a chance for you. Shenandoah studios has launched a sequel to their last big hit Battle of the Bulge, named Drive on Moscow. Just try out and see how far you could have gone with strategizing the border security force. Strategy games on iPad have now got to follow a standard that these two games have set in the recent days. 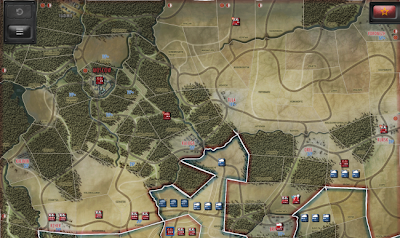 The storyline follows the real historical events when German troops tried to take over the capital of Russia at the end of the year 1941. You have to work with a map which shows the neighbouring areas and all you need to do is tapping them to choose an area you want to focus on. The rest will follow on the base of which type of place you choose. If that consists of the opponent troops, you have to face the challenges of a battle. Once you go for it, the fight has to be fought till the end. To defend yourself, you have to keep an eye to disconnect your enemy troops from their supplies in order to weaken their power.

Even though apparently Drive on Moscow follows a straight forward game play, it has traps laid under the bushes of rules. Playing Drive on Moscow means, being able to juggle with multiple actions at a time. Every step in the game demands high intensity response, a running speed along with choosing the right option at the right time. You have to understand and exploit the weaknesses of your enemy troop, hit at them where they were not strong enough, beat out the strong warriors and don’t forget to ask for your victory points.

You can’t afford to be late at any stage. Your enemy is prompt enough to utilize all those moments which are dropped by you. They can attack you back, can create a gap in their lines and lay several other odds for you. You cannot even predict when you will be disqualified from further advancements in the war field. So there’s no driving slow in Drive on Moscow.

In Drive on Moscow, you will find four scenic backgrounds including all the stages of assaults committed by the Germans and the all the stages as and when Russian retorts back are rendered in different levels.
You are given quite a reasonable amount of time to play at each level. You will also get to enjoy various AI types to interact with. 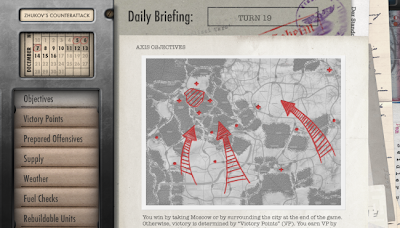 Playing Drive on Moscow gives you a feeling of completeness where almost all the features, aspects and technology are matched well with each other. The visuals keep you get a real life feeling, while the soundtrack maintains the spirit of adventure in equal pace. Though not a very pocket friendly game, Drive on Moscow brings back the smile for every farthing spent for it.

Cons: May appear too complex for newbies.