World of Warplanes Review, Gameplay and Tips to Play

By Unknown November 25, 2013
Popularity of war games never lagged behind especially when it started steaming up the mobile and computer screens. Among the hosts of them, wargaming.net was leading ahead with its smashing hit World of Tanks. Of late it has surpassed its own creation and World of Warplanes shook the player’s world with its fiery war activities in all the three worlds of land, sea and air.

As soon as you get started World of Warplanes takes you in its training programme and you get to learn how to fire while flying. You are also taught how to retort back your enemies from whichever state you are.
World of Warplanes is entirely based on player-versus-player (PvP) mode so as a player you would be contesting other human actions rather than automatic ones. Roll up your sleeves to face the equals and opponents or you lose the game. 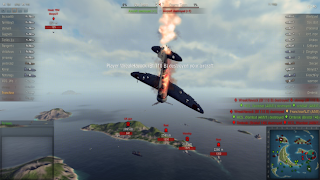 There is no such hard work except your relentless fighting spirit that you need to keep upheld in World of Warplanes. You can control your aircraft in all possible ways. It can be run by mouse, keyboard, joystick and PC gamepads.

You will be given 10 different levels of vehicles that are contributed from Germany, U.S.A, Great Britain, Japan, USSR and later France when you are done with first few levels. Within few minutes you will be teamed up with people from the same level, but you would have to be prepared to be coupled with unfamiliar faces rather than familiar ones once you are out in the battle field.

World of Warplanes follows the very basic war principles and you get to win only when you could destroy the vehicles of your enemies and take over their land. But there is a meter of hierarchy and if a team has secured higher scores by destroying the target vehicles and completes its percentage, the following team has very less chance to win unless it can leap up its score with some extra efforts. There are fighter planes, ground attack planes and heavy fighters. Though it is easy to start with the easy to handle fighter planes, the other planes are not too difficult either once you achieve the skill to win over the opponent party.
However, you won’t be drained out of energy as combats are not drawn longer than 15 minutes. But throughout the time which in most cases are even less than that, there is only open fight as World of Warplanes don’t engage you in any hide and seek game. 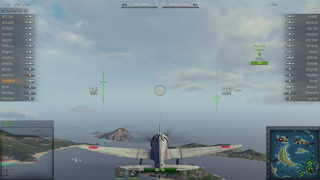 The most rewarding feature of World of Warplanes is that it will anyway make you gain experience credits and points irrespective of winning or losing the game. These credits can be utilized on purchasing on special consumables and ammunition. You can also buy higher tier planes but it would cost you more.

It will always be beneficial to get a better configured system to enjoy the intricate and high definition graphics. But even lesser configuration will let you play uninterrupted. The soundtrack goes well with the war background along with the sounds of aircrafts occupying the entire atmosphere.

Cons
There is not much scope for human touch. Newbies and free players may find it taxing to get through the tiers.