By Unknown - January 31, 2014
Battle games will always be at the front rows in the store. This time there is this Front Wars battle game by Gregory Challant waiting for you. Setting an example of how a war simulation should be, Front Wars has gone viral in the gaming world leaving the teens exhaustively engrossed to it.

If you remember Famicom Wars or Advance Wars, Front War will appear to be quite similar to them. But this time it has given Nintendo series an update in the recent time after it produced Intelligent Systems.

Though similar to the Advance Wars, Front Wars stands distinctively because of its few unique features. Advance Wars features fantasy scenarios and make-belief wars, Front Wars allows you to play with life-like battles resembling the War-plan of Second World War. Here you are sending cute and large-headed soldiers towards their doom on the sandy shores of Normandy. 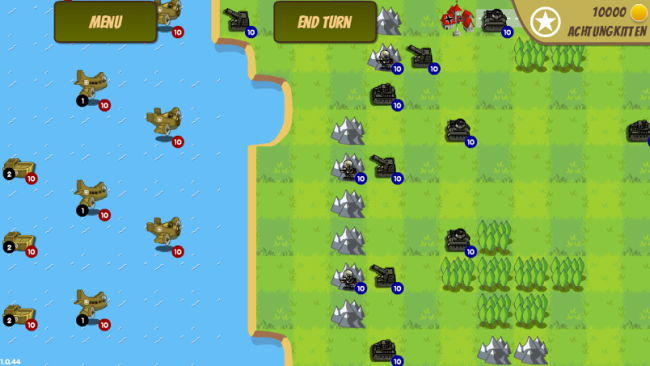 Front Wars has a wonderful storyline, the game plan will not be that taxing as you might have expected.
Throughout the game you would be taking turns and moving across numerous battlefields facing your enemy Axis scum. Both of the battalions will be given access to a chain of soldiers and different vehicles. The Soldiers will be using machine guns and bazookas and at times those huge Tanks which can be used to decimate the infantry and march ahead in no time. You can take help from the Bomber planes to flatten down the tanks of your opponent party whereas other heavy artilleries which though useful are usually susceptible to fire thrown from non-aircraft canons. Remember that each and everything that can be used for the battle will be fighting for you or against you with their own sets of pros and cons. To win you need to utilise the pros of your own machinery and harp upon the weakness of the other.

The tutorial of Front Wars will let you know about the basics of attack and movement but you would hardly find any information regarding the strengths and weaknesses of the fighters. You won’t be given much clue regarding the advantages of the Terrain which plays an active role in the game's strategy the Mountains, the forests and the town all build up natural defenses that can get directly proportional to your scoreboard by making or breaking it. 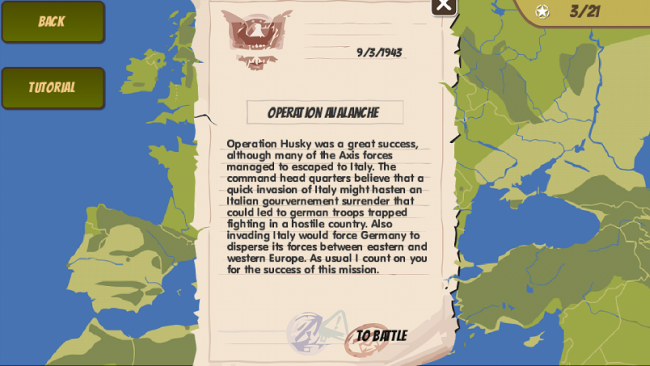 There is only a single way to get prepared with the information on the game's Rock-Paper-Scissors system. All you need to do is to read out all the features written on the soldiers and about the vehicles you would be getting in the barracks factories and factories to make sure whether what you want to do with them.
If the game accepts your move you will be offered an estimation of damage percentage so that you can be prepared to initiate an attack on your enemy.

Post experiencing Advance Wars, Front Wars may not be able to appear stunning enough, but undoubtedly it has the striking element in it where the newbies will love to try their hands on as a starter strategy game on battles.

Pros:
The direct warring feature makes it unique giving the newcomers a good hand for practice.