By Unknown - January 23, 2014
This winter Christmas was more fun with the latest game launched by the Hello Games, none other but the Joe Danger Infinity loaded with infinite fun topping on the layers of danger and thrill. It looks like a toy that may Santa Claus has brought with him and you will find it really difficult to resist yourself from playing over and over again. As a sequel of the Joe Danger, Joe Danger Infinity keeps up all the features of a toy-based bike stunt game, if not more.

As a racing game Joe Danger Infinity didn't compromise on displaying numerous race and stunt tracks all lining up with a toy-like looks posing challenges and creating hurdles we often get to see in children’s corners. There are definite levels that  you need to cross during the race, apart from which speed doesn't make much of a change in the entire game plan. Rather the players need to concentrate on navigating traps, bouncing on the platforms, keep collecting the coins and the items while all these actions will show results on the scoreboard. 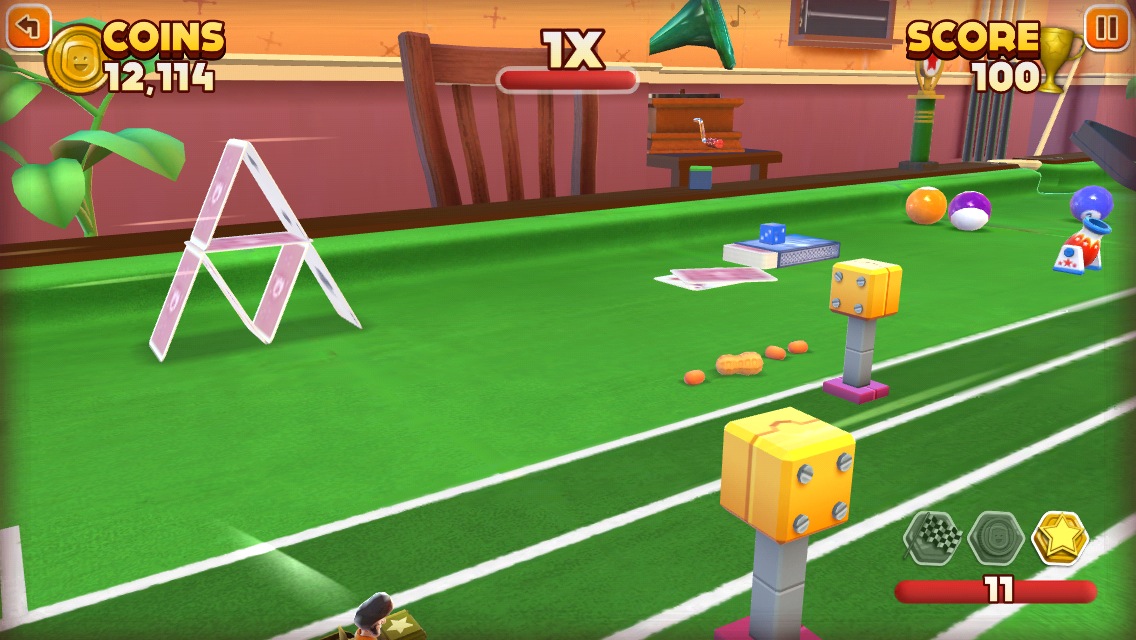 In the run of the game, all you would be doing in most of the time is either springing or flipping, going wheelies and whiz passing with the trendy cars and their drivers. On the go you may have to drive through the given objects like coins and in the rest of the time, you need to give your car a manual push by simply tapping on the keys and also at those objects which would suddenly appear to be like thrown at your face.
Gumball token is  another feature that makes the game more interesting and while on the move, don’t let it pass out as tapping it at the right moment when it comes to you would allow you to go around with the King Gumball at the reaching point of the track and you can unlock fresh racers. Apart from these you can also spend a few bucks to release the racers beforehand along with their vehicles, though many of them could be simply earned through your gaming skills. 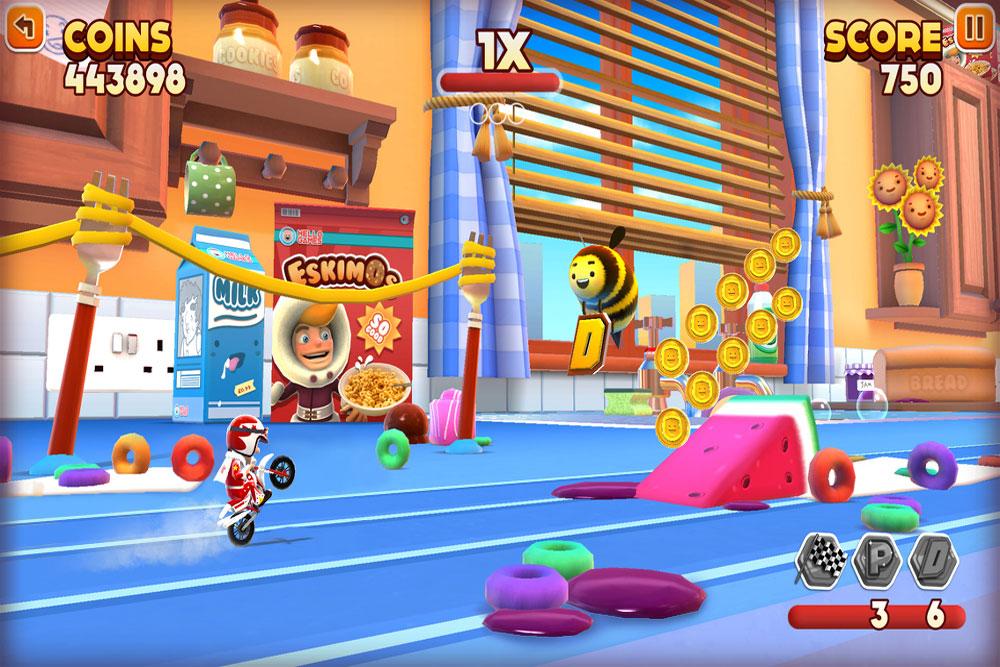 The only time when you might have a bad time and the game becomes too challenging is during the app-purchasing. As and when you need to restart the process the game will prompt for purchasing power-ups. Sometimes it may turn you down when you would be anxiously wanting to get back on the wheels and don’t have time or the need to stop for the purchase.

Overall Joe Danger Infinity doesn’t allow any idle time to ponder over the actions to be taken. If the power up purchase is pushed aside, there won’t be any other bug at all to complain about. The entire time you get to play with it will cheer and gear you up with colour, speed and nail-biting experience where you could be feeling the mobility sitting right in front of the screen.

Cons:
Might turn down players by asking for power up purchases at crucial times.
action games iOS game racing game