The Room Two Review, Gameplay and Tips to Play

By Unknown - January 03, 2014
After launching The Room, Fireproof Games got the hint of hitting the gaming zone with its sequel The Room Two. After the first Hellraiser-puzzle-box simulator game The Room Two is around with more head-scratching puzzle having the touch and gyroscope placed throughout the game. play it on your smartphones and tablets.

Focus your mind in one direction and enter each room that you get to enter in each level. You get such rooms six times in the entire stretch of the game. Watch out for the desk lamp on the corner to find out whether it has the secret key to unlock that secret compartment in the cabinet. Look at the set of mirrors hidden inside the cabinet set on the tables. It occupies the entire room with its glittering images and also contains that key to the box of several objects. 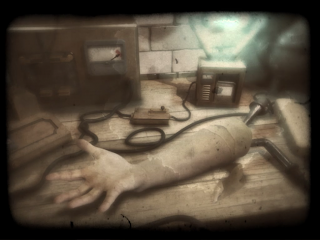 Once you get the hang of the game, it is now only a matter of bringing yourself out of the locked-room situation that you’ll be continuously facing in each chapter spread over the game. There will be many distractions purposefully arranged for you, especially the temptation of looking inside the mysteries hidden in the environmental settings. But that is where you need to focus your mind in getting back to your senses and head only for the bottle on the shelf which contains all what you need.

There is enormous scope to test your gaming skill all over the game, where it looks like that you are about to reach the end point, but it brings you back every time from the point where you have started. At that stage you might feel the game a little bit frustrating and monotonous, but that is where it will catch your mind and won’t allow you to leave it until you’re done. There will be even such moments where you won’t really want to end the process, rather want it more and more. Don’t worry, The Room Two will generously respond to your wish and you will undoubtedly come out content after you become successful. The puzzles might appear to be quite simple at the beginning, but it will keep you sit at the edge without any clue till you would be desperate to think out of the box to solve it. 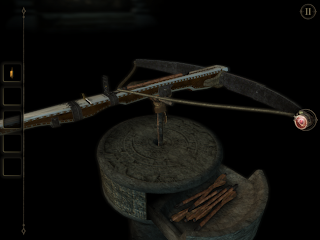 There are quite a good number of gold switches though it may not work the way you thought it would. To give you a hint, you have to keep spinning an object in order to match with some other element. After a few moments you would understand the trick and can march ahead with ease.

The mechanism that was used in the game doesn't appear to be that complicated either which was expected as a sequel to the predecessor The Room, but at the same time it does have some unique feature of its own which could claim itself to be an independent game itself.

Pros:
Engrossing visuals with plenty of interesting puzzles.
Cons:
Mechanism of the game isn't that overwhelming.
Ratings: 9 out of 10