By Ankit - April 05, 2014
In times like today, quite a lot of our day is spent online. Playing games, spending time on Facebook and Twitter, reading articles and what not! With Chaos Fighters, Coco Entertainment has succeeded in creating game that always has some for you to do. There are a plethora of ways to level up your character, there is style, the gameplay is interesting but there is a lack of base to let Chaos Fighters get the best ratings in our review. 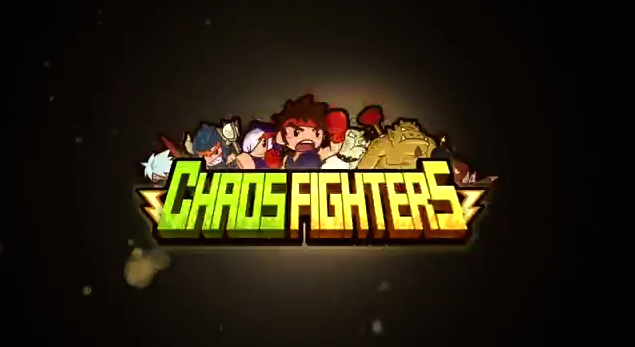 Chaos Fighters is a role playing game which begins by explaining why there is chaos all around. Your guide in the game is a scantly clad female who will give you lessons in fighting and provide your important information about your character and how to proceed in the game.

The fighting in Chaos Fighters is not a first person sport. You are just a spectator in the game but you do decide the outcome of the game but deciding the mix of skills for your fighter and making sure that your gear is upgraded to as much level as possible. Once the fight starts you can do nothing but spectate. The fight will turn based where the number of turns for your character will be decided by his special abilities and his style of fighting would be decided by his attributes and stats.

It is quite difficult to understand why they did not give some of the controls to the players because there are many games like this where the players are given some control over the actions in turn based system only. Though it would take out the kinetic craziness in the moves by the characters but I personally would prefer control over graphics any day. After all, fighting sequences in a game are something which gives you a excitement which nothing else can do in a app based game.

As you battle you will be prompted to level up your fighter with many ways. Though many of these methods are unlocked and they will unlock as your proceed, you proceed so fast in this game that you don't not get the time to even remember the tasks you have done to level up 5 levels back. It is easy to level up to 15-20 within an hour of playing it. It is practically a whirlwind of tasks and concepts. Weapons and gadgets can be upgraded by encrusting them with gems. Fusing these weapons and even characters create even better weapons and characters respectively.

You can train pets and hire the fighters of your friends which will help you in higher levels where you would need more than one fighter as your own fighter(s) get knocked down.

There is multiplayer gaming feature too in Chaos Fighters. There are special tournaments and weekly events to keep you hooked to the game. There is a limiting energy system in place in Chaos Fighters which you will find insufficient later in the game but initially it is quite enough. There is a lot of activity going on in the PvP arena; a lot of matches, guilds and tournaments which promise to keep you hooked.

The coins are the primary currency in the game which will be used for upgrades and normal purchase. Diamonds are the premium currency which can be bought for real cash or earned slowly in the game. However, some items are available only with a VIP pass which will very much require purchased diamond numbers. It is not the worst monetization scheme I have encountered but does limit you from certain areas of the game.

If not the RPG offense gameplay, then the game visuals are sure to entice you. If you are now bored with the over 40 fighting styles you have already tried over and over again then sit back and see the artistic flair of the surroundings and the characters. See how the characters cry with their big eyes when they lose,  see how cute they look in the vampire suit and how the Mexican style fighter looks both intimidating and funny. The interface looks completely like a fighting game with detailed backgrounds build around it.

I am not sure whether to recommend this game or not. This type of game is not everyone's flavor. While many will like it for the amount of content it offers as a free game but then there are more serious gamers will be disappointed by lack of gameplay flexibility it offers.
iOS game RPG games